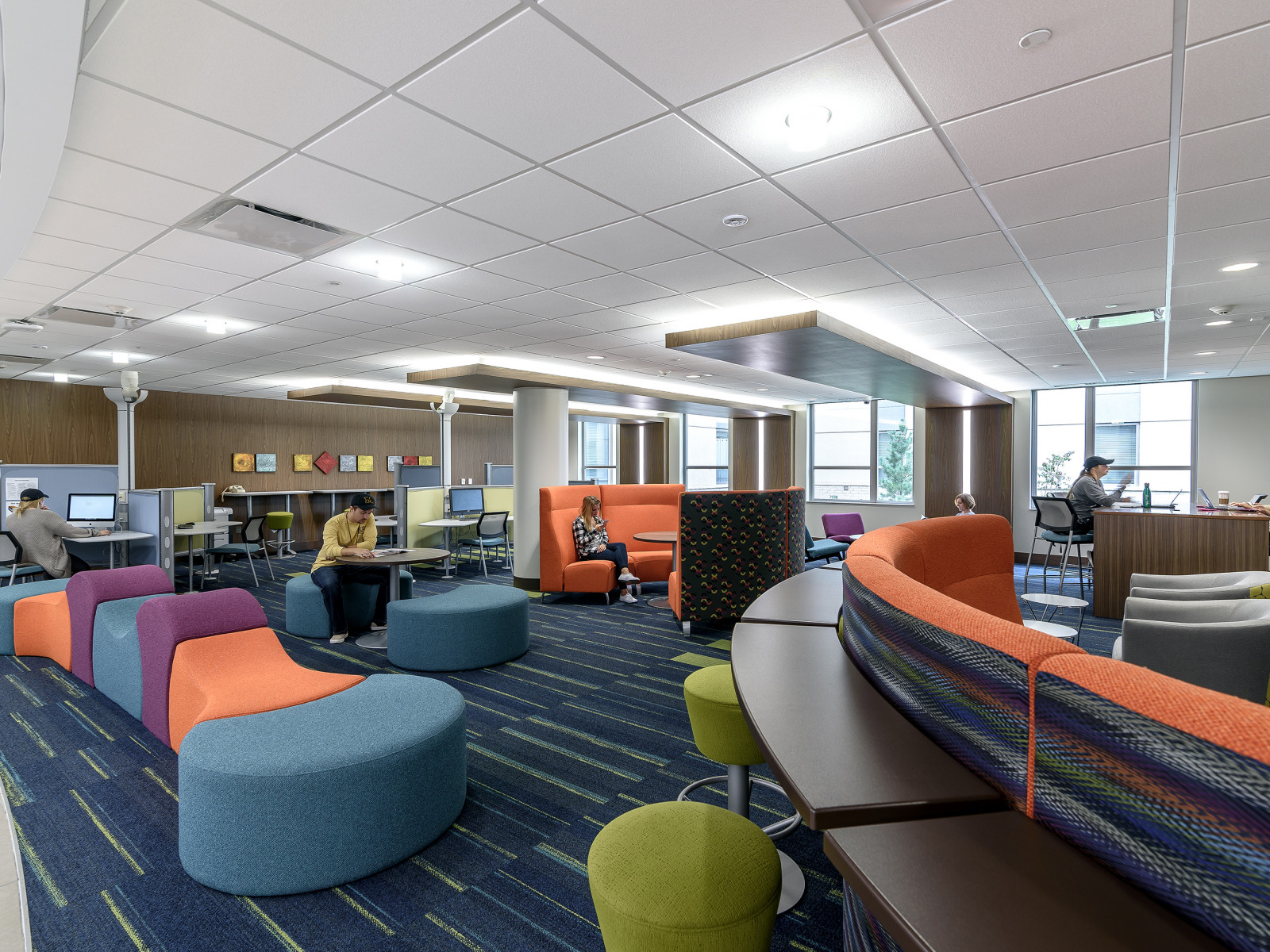 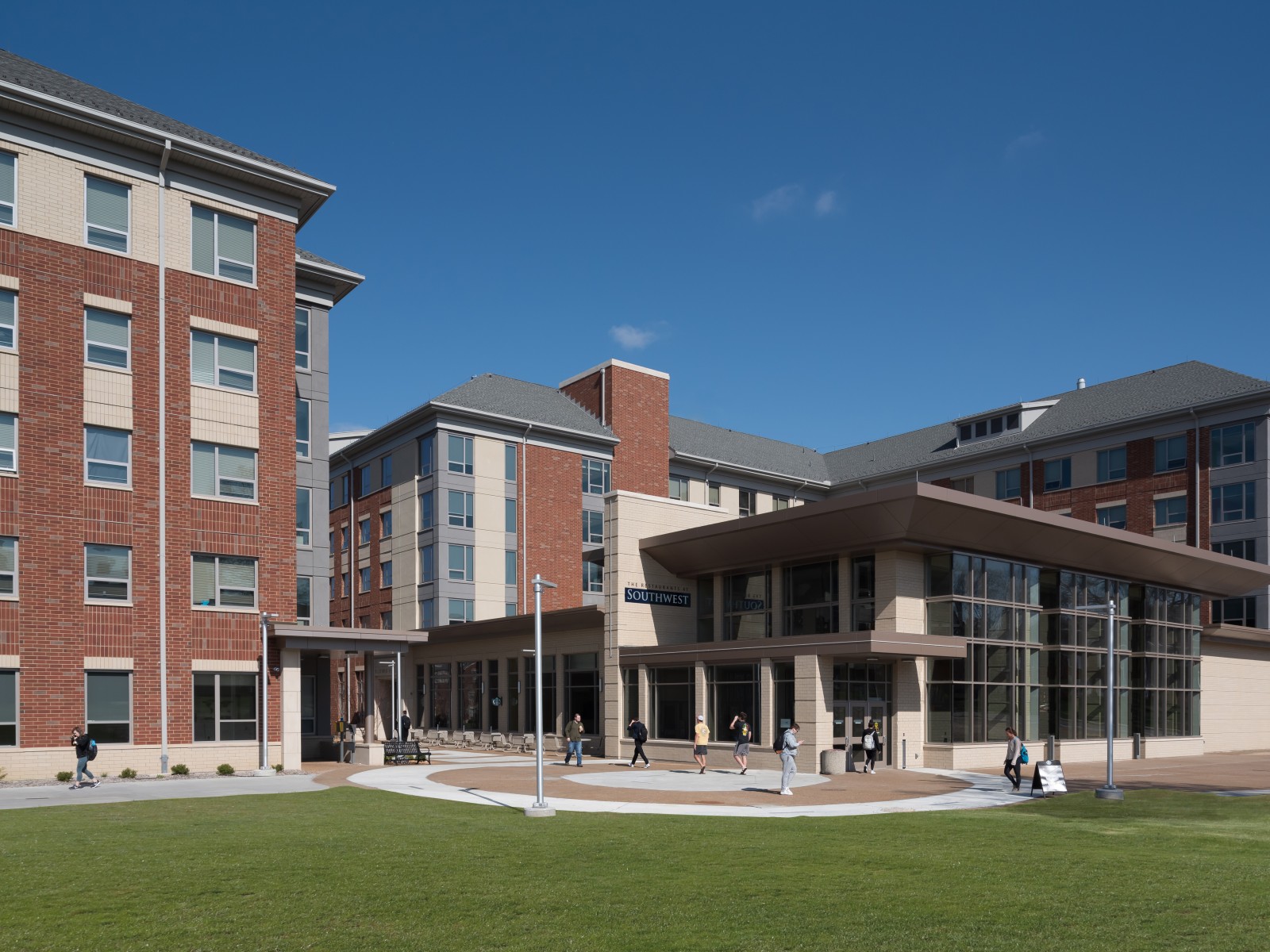 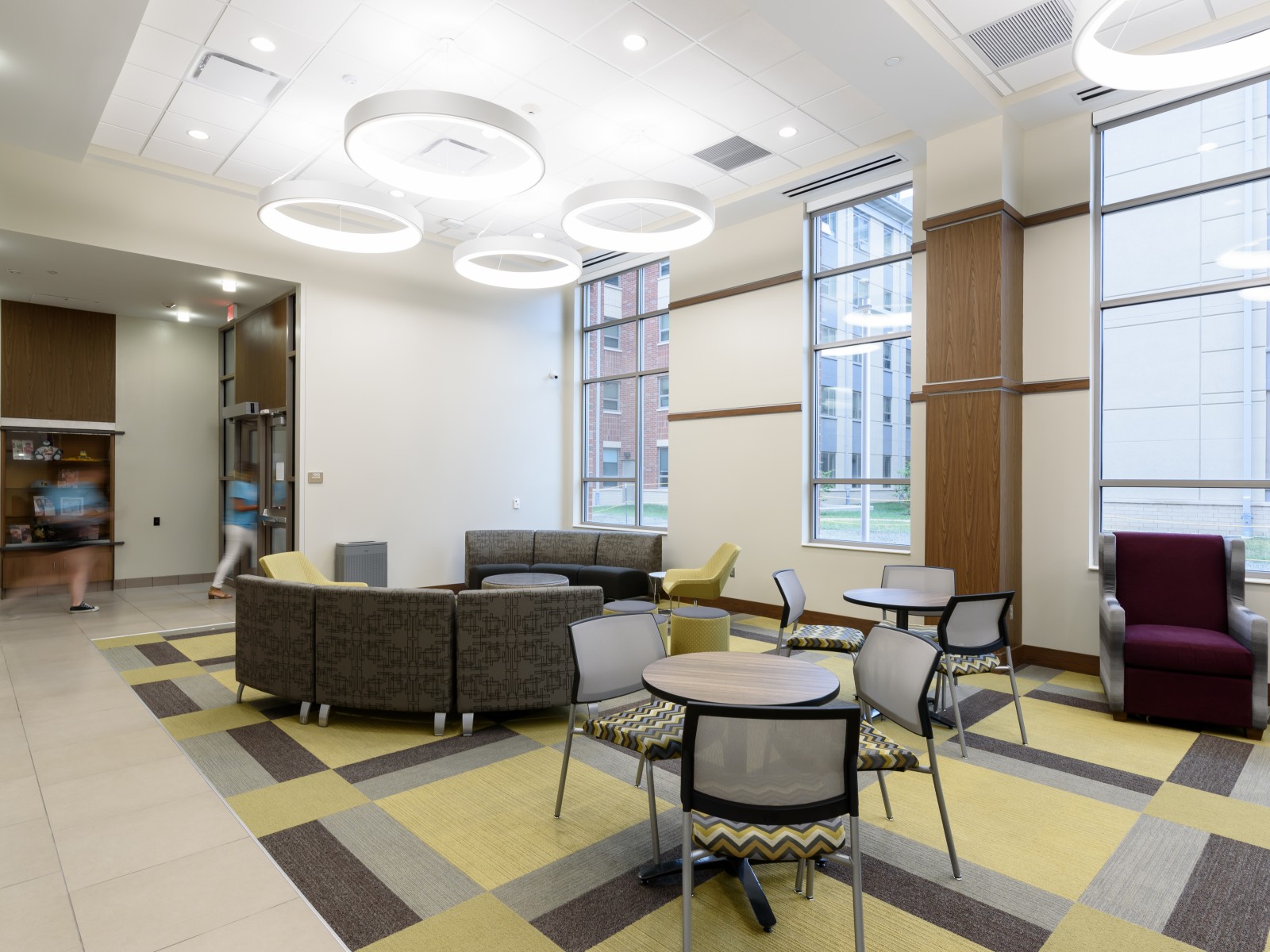 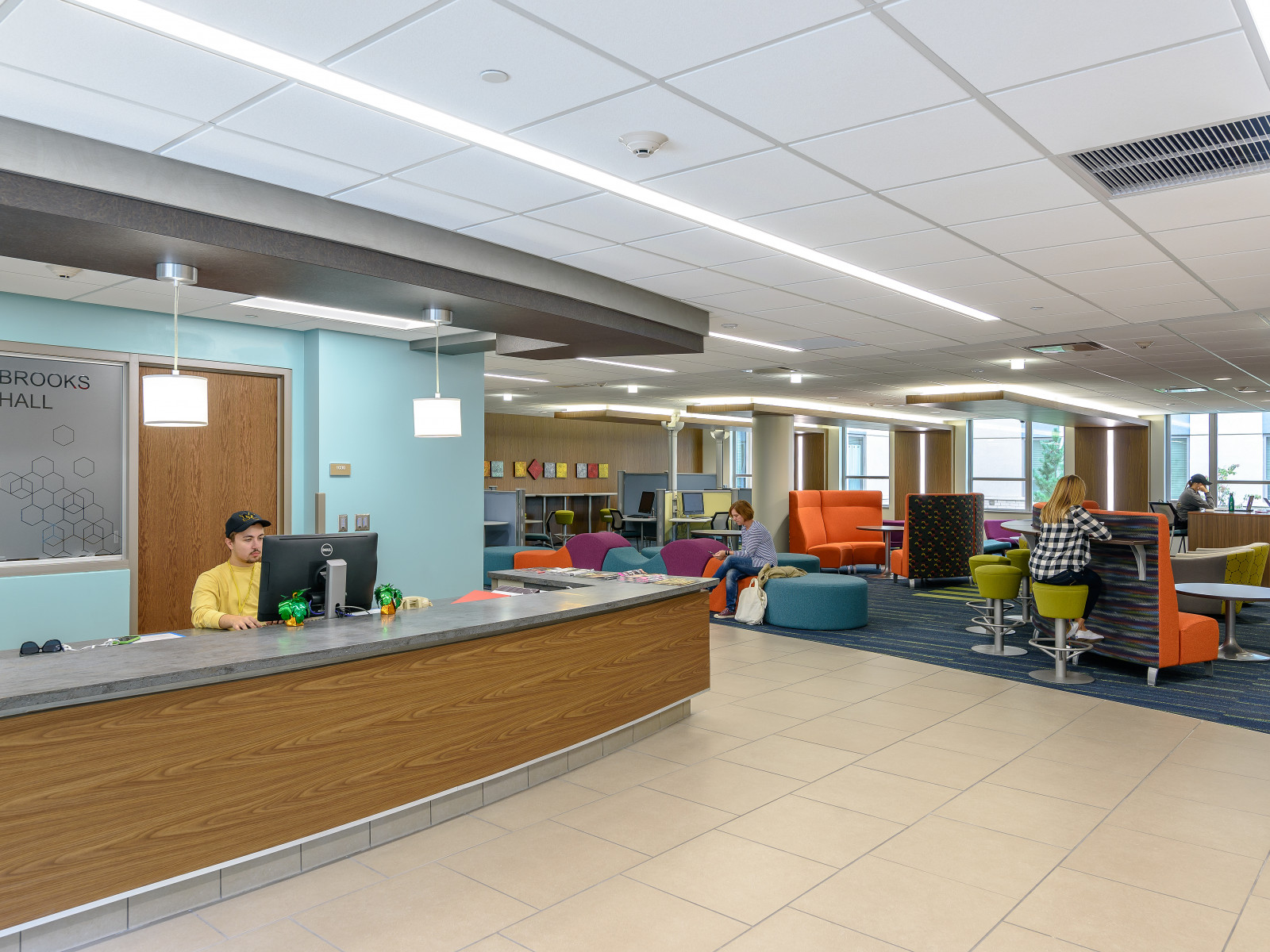 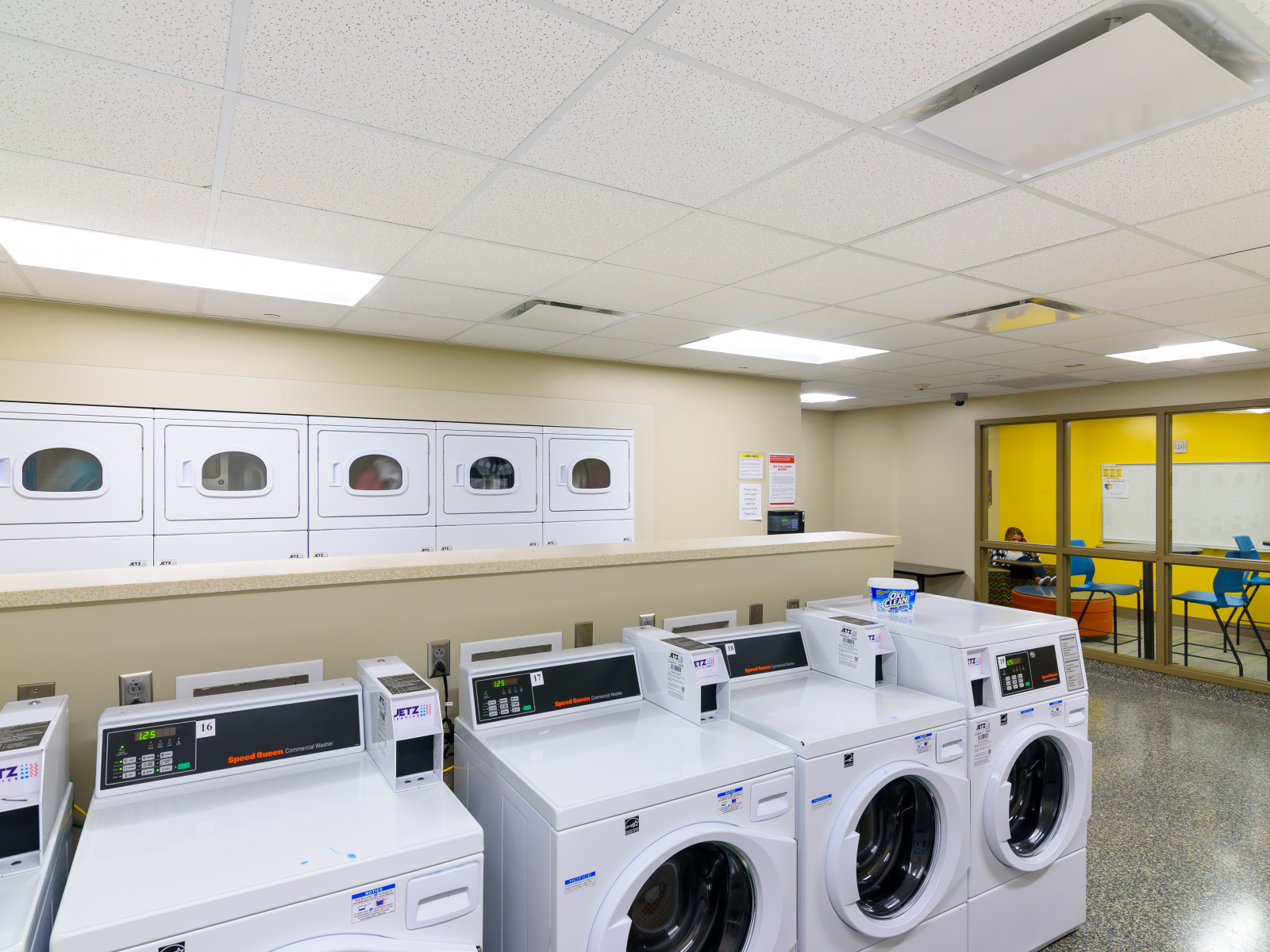 Phase I of the University of Missouri’s residential life master plan replaces the Dobbs Group housing and dining with two state-of-the-art residence halls and a seven-venue dining center.

KWK Architects prepared a master redevelopment plan for the phased redevelopment of the Dobbs Group residence halls and dining center. The work is arranged around a new quad with connections to existing housing to the west and campus to the east.

The five-story Bluford Hall, opened for the 2017-2018 school year, is named after the late journalist and honorary doctoral degree recipient Lucile Bluford, and houses 282 students in 80,100 square feet. The building includes a new 29,600-square-foot dining facility, The Restaurants at Southwest, which replaces the outdated dining pavilion. The project has achieved LEED Platinum certification (v2009).

Architectural Design and Architect of Record 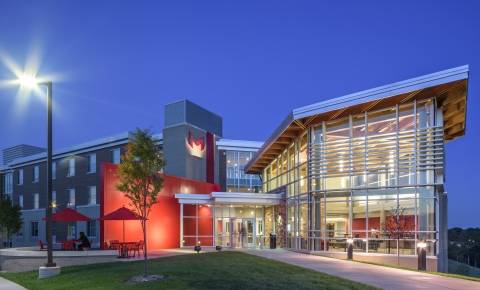 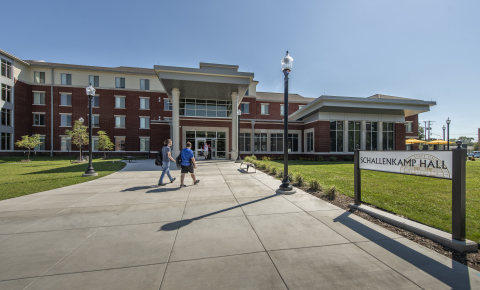 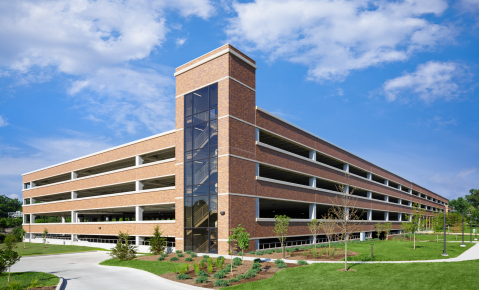